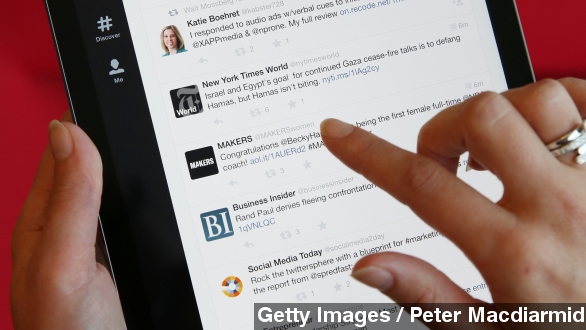 A new addition to The Twitter Rules states “You may not post intimate photos or videos that were taken or distributed without the subject's consent.”

Once Twitter gets proof that content was posted without consent, it will lock offending accounts until such content is removed. If the posts are determined to be intentional harassment, users will be banned.

This is the latest step in Twitter’s campaign against abuse and harassment on the site. CEO Dick Costolo admitted earlier this year the management “sucks” at handling trolls and took personal responsibility for the problem.

The company also updated its anti-harassment tools in December to make it easier to report abusive content.

The practical impact will probably be limited, given Twitter’s enormous volume of traffic: half a billion tweets a day, by one of Twitter’s recent counts.

The rules went into effect Wednesday evening. Full text can be found on Twitter’s support page.