Twins Pretend To Sleep After Hearing Mom On The Baby Monitor 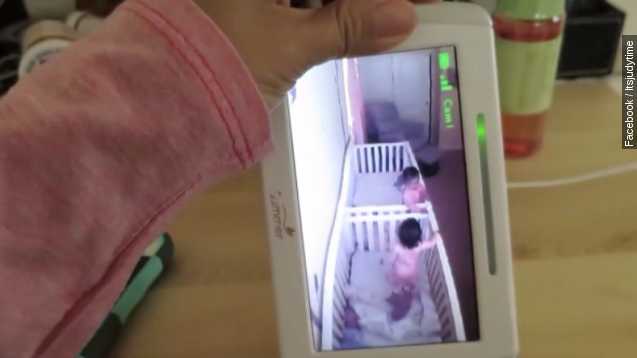 SMS
Twins Pretend To Sleep After Hearing Mom On The Baby Monitor
By Katherine Biek
By Katherine Biek
August 27, 2015
When 18-month-old twins Miya and Keira heard their mom's voice on the baby monitor, they promptly pretended to be sleeping. And it's all on video.
SHOW TRANSCRIPT

One mother certainly knows what to do when her 18-month-old twin girls would rather play than go to sleep.

That was the voice of Judy Travis, who was forced to cutely reprimand twins Miya and Keira, who would clearly rather play than take a nap.

Travis told ABC: "I heard the girls laughing and screaming at each other. ... I pushed the button [on the baby monitor] so I could talk to them. I don't do it often, but I think it startles them."

Travis posted the video to her Facebook page Aug. 22, and it's quickly gone viral, getting more than 256,000 likes.

If you want to see more of Travis and her adorable twins, as well as their big sister, Julianna, check out her YouTube channel called itsJudysLife, where she vlogs about her family and beauty products.