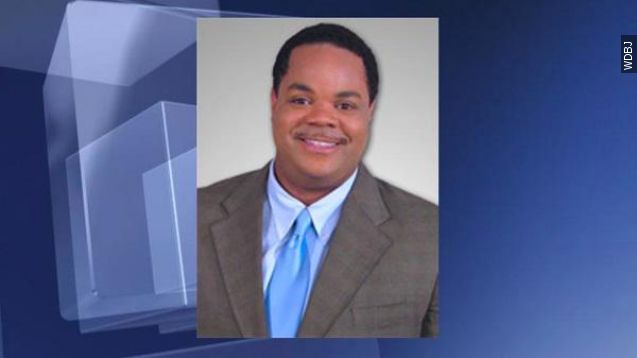 The man authorities believed to have shot and killed two WDBJ journalists has killed himself, according to reports.

"It is my sad duty to report ... that Alison and Adam died this morning," said WDBJ General Manager Jeff Marks.

Williams posted to his Twitter account saying, "Alison made racist comments." He followed that up with videos showing the shooting, which were removed within minutes.

The shooting happened around 6:45 a.m. at a shopping center in Moneta, Virginia — a small community southeast of Roanoke.

Gunshots can be heard during the live WDBJ report.

Shortly after, the station posted on Twitter: "We are trying to figure out what just happened — thank you all for your concern and kind words."

Enhanced screengrabs of the video appear to show the gunman shortly before the WDBJ feed ended.

Vicki Gardner, head of the Smith Mountain Lake Regional Chamber of Commerce, was being interviewed about the lake's 50th anniversary.

The Roanoke Times reports Gardner was shot in the back and was taken into surgery.

WDBJ General Manager Jeff Marks said Ward was engaged to a producer at the station and Parker was dating anchor Chris Hurst.

Hurst posted to social media Wednesday: "We didn't share this publicly, but Alison Parker and I were very much in love. We just moved in together. I am numb."