TV Might Be Dying, But So-So TV Shows Are Living Longer 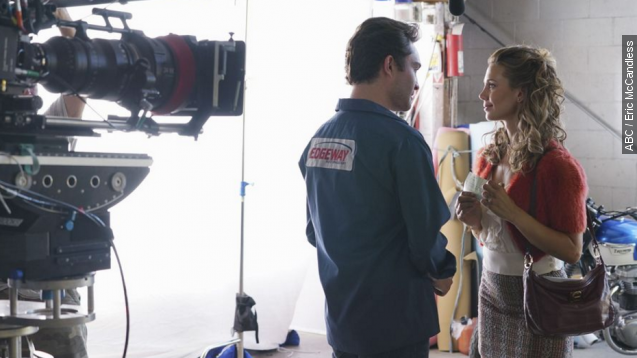 SMS
TV Might Be Dying, But So-So TV Shows Are Living Longer
By Katie Link
By Katie Link
November 18, 2015
As fewer people are watching TV, execs are taking a new approach to dealing with new TV series.
SHOW TRANSCRIPT

TV is dying. Yeah, we've all heard that one before. But you know what's miraculously surviving? Mediocre new TV shows.

Well, minus "Wicked City." That ABC drama must have been worse than mediocre because execs pulled the plug on it late last week after just three episodes. (Video via ABC / 'Wicked City')

But regardless of your love, or hate, for Ed Westwick, the show is worth mentioning because it's the only one that's gotten the ax so far this season. Nowadays lots of low-rated shows are surviving. So what's the deal?

In short, TV ratings overall are dropping and TV execs don't really know what to do about it. According to Nielsen, there was a 16 percent decline in TV viewers age 18 to 24 during the first two weeks of the new fall TV season.

The Los Angeles Times reports people who are watching new TV shows are usually doing so after the fact, like on a DVR. And that means they're probably skipping through the precious ads as well. (Video via TiVo)

So as viewers shift away from traditional TV, networks have to exercise this thing called patience.

The president of CW Television Network told The New York Times, "In the old days you knew by the third or fourth week if a show truly had traction. You're now looking at seven or eight episodes before you get a determination. You'll know more come some time by December and January."

The new trend in dealing with poor show ratings is to cut down the number of episode orders. But truth be told, cutting episodes likely means the show won't get renewed for another season. We're looking at you, "Minority Report." (Video via Fox)

This video contains images from ABC.