Turns Out #ThrowbackThursday Has Made Myspace Relevant Again 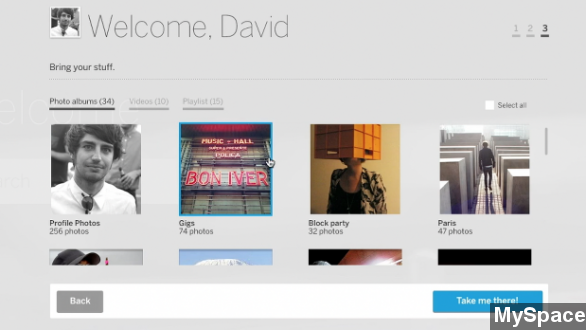 While being up on the latest trends keeps most tech companies afloat, Myspace seems to be keeping itself above water with nostalgia.

So it turned a lot of heads when The Wall Street Journal reported the network still reached a whopping 50 million users monthly.

It sounds like a big number for a site that a lot of people have forgotten about. But the numbers make more sense when you look at the traffic surge Myspace gets every Thursday.

It turns out a lot of its old users from the mid-2000s head to the site to access old photos. Why? So they can post a "Throwback Thursday," or #TBT, pic on other social networking sites. (Video via Myspace)

Outside of attracting users looking for a #TBT post, Myspace appears to be pulling visitors looking for video. The site generated 300 million video views in November.

The site has carved out a niche audience of 17- to 25-year-old entertainment and music fans. That's according to Tim Vanderhook, the CEO of MySpace's parent company, Viant.

While Myspace's digital footprint isn't leading the industry, the network's leadership does have big plans for the audience it does have.

It launched something called The Advertising Cloud. Myspace hopes it will give advertisers a better idea of how their digital ads impact real world sales. The cloud will incorporate the registration data of the more than 1 billion Myspace users with the registration data from third-party companies to build something it calls an identity management platform.

Targeted advertising is already what the reigning social media giants offer, but Vanderhook told Ad Age the mindset is completely different with Myspace: "[Facebook] view[s] advertising as necessary component to further their business. We view advertising as our core business."

Regardless of the cloud's success with advertisers, it seems Myspace will continue to receive a boost from those of you searching for that perfect old-school photo.