Turns Out, Airports Don't Actually Like The TSA, Either 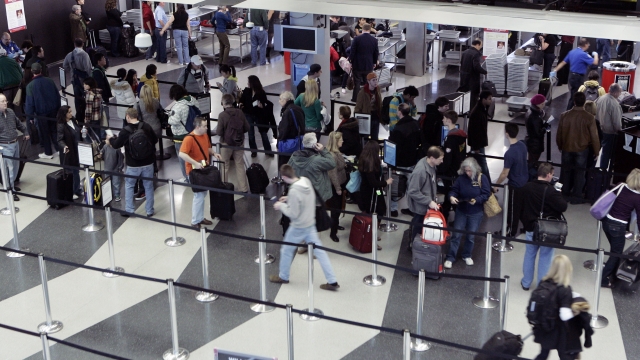 SMS
Turns Out, Airports Don't Actually Like The TSA, Either
By Katie Link
By Katie Link
May 11, 2016
Hate waiting in long airport security lines? Turns out, airports hate it, too.
SHOW TRANSCRIPT

Hate waiting in long airport security lines? Turns out, airports hate it, too.

A few of the busiest airports in the country have joined forces to tell the Transportation Safety Administration to speed things up, or else.

In a letter to the TSA, the Port Authority of New York and New Jersey explained that some 126 million passengers travel through the John F. Kennedy International, Newark Liberty International and LaGuardia airports each year and that long lines are costly.

It wrote, "Given the adverse customer service and economic impacts, we can no longer tolerate the continuing inadequacy of TSA passenger screening services."

The letter went on to say that the Port Authority is exploring the idea of breaking up with the TSA in favor of a private security screening company.

This isn’t the first threatening letter the TSA has received in recent months. Atlanta’s international airport may also be shopping around after frustrating wait times.

But for those that still use the TSA, traveler frustration is growing. A new social media campaign calls for travelers to post a picture of long security lines at airports across the nation with the #IHateTheWait.

The TSA says it's taking several steps to speed things up, including hiring more staff and encouraging pre-checks.