Turns Out, Adolf Hitler May Have Only Had One Testicle ... Seriously 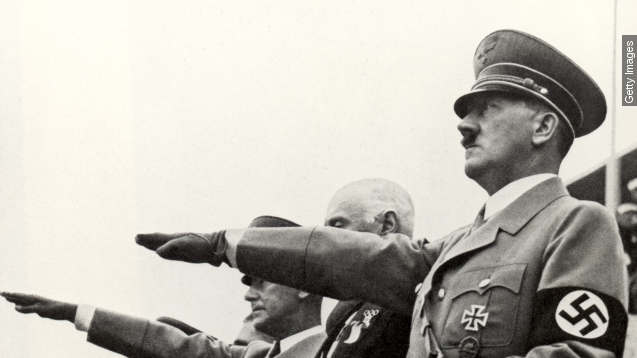 SMS
Turns Out, Adolf Hitler May Have Only Had One Testicle ... Seriously
By Jake Godin
By Jake Godin
December 19, 2015
We may finally have an answer to all of those theories concerning Adolf Hitler's testicles.
SHOW TRANSCRIPT

Adolf Hitler is one of the most infamous men in history. And yet, there's a long-standing theory that he ... well ... only had one testicle.

Turns out that may be true.

Historical medical records from a Bavarian university reportedly show that Hitler suffered from "right-side cryptorchidism." In other words, his right testicle was undescended.

There's actually an old British army song from around 1939 that mocked Hitler by saying he only had one testicle.

The medical records lending weight to the theory are from 1923 when Hitler was imprisoned at Landsberg following his failed coup attempt.