Turkish Town Up For Nobel Peace Prize After Taking In 120,000 Refugees 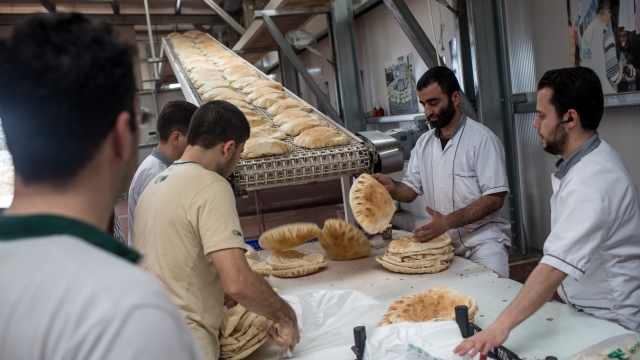 A lot of things have changed for the Turkish town of Kilis since the Syrian conflict began in 2011, but one of the biggest changes is the addition of 120,000 refugees.

The city had 90,000 residents before it started taking in refugees. Now, because of its open arms, it's being nominated for a Nobel Peace Prize.

The city sits just beyond the Turkish-Syrian border in the Kilis province — which is a main entry point for refugees in northern Syria.

Last month, 35,000 Syrians headed toward the Kilis province as violence hit Aleppo and supplies were cut off.

Turkey has taken in the most Syrian refugees, but some living in Kilis worry about over saturation and resentment from Turkish nationals. Reports say every other shop in Kilis is refugee-run.

And while refugees may have escaped from Syria, being so close to the border means they haven't completely escaped violence. Multiple explosions have hit the province within the last week.