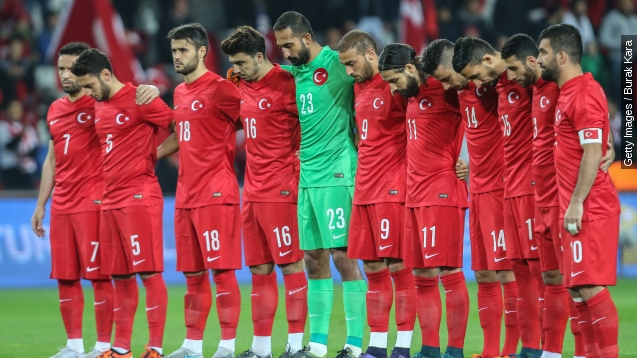 SMS
Turkish Soccer Fans Jeer During Moment Of Silence For Paris Victims
By Grant Suneson
By Grant Suneson
November 17, 2015
Fans of Turkey's national soccer team jeered and whistled during what was supposed to be a moment of silence honoring victims of the attacks in Paris.
SHOW TRANSCRIPT

Some Turkish soccer fans refused to observe a moment of silence for the victims of Friday’s terrorist attacks in Paris.

Some booed, jeered and whistled.

Compare that to the atmosphere in Wembley Stadium where France played against England. Silence.

Fans of Turkey’s national team have a history of disrespecting victims of terror.

In October, it got loud during a moment of silence for those killed in a bombing in Turkey’s capital, Ankara.

The attack struck a leftist political rally for peace, killing 99.