Turkey Says This Cleric Orchestrated A Coup From Pennsylvania 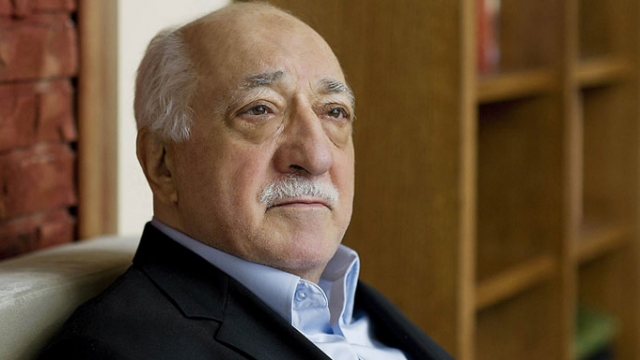 SMS
Turkey Says This Cleric Orchestrated A Coup From Pennsylvania
By Ben Lawson
By Ben Lawson
July 16, 2016
Turkey's president says the coup was organized by the followers of Fethullah Gülen, a cleric living in self-imposed exile in Pennsylvania.
SHOW TRANSCRIPT

A Muslim cleric in self-imposed exile is accused of orchestrating the attempted coup in Turkey from Pennsylvania, where he lives.

Gülen leads a popular movement called Hizmet, a form of Islam that emphasizes service and education. It's created schools, businesses and publications all over the world.

He's lived in the U.S. since 1999 when he fled Turkey after being accused of extremist Islamist activities.

Gülen was once considered Erdoğan's ally. But in 2013 Erdoğan, who was then the prime minister, accused the cleric of being behind a corruption investigation into the government. Erdoğan called it retaliation for shutting down several Hizmet schools.

In the years since, the Turkish government has taken over several companies with links to Gülen, including television stations and at least one newspaper.