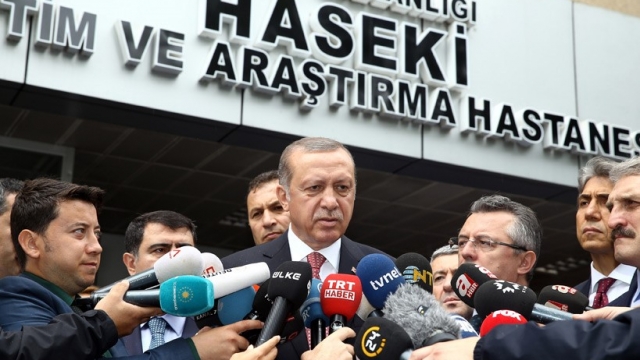 Turkish authorities say a car bombing in Istanbul was a targeted attack on the country's police force.

Explosives packed into a parked car were detonated by remote control just as a police transport bus passed by. The blast killed 11 people and injured 36; seven of the dead were police officers.

No group has claimed responsibility for the explosion, but terrorist attacks from both ISIS affiliates and Kurdish militants have plagued the country recently.

Turkish president Recep Tayyip Erdogan visited victims of the explosion in the hospital and vowed to "continue our fight against these terrorists to the end."

This video includes images from the Presidency of the Republic of Turkey.