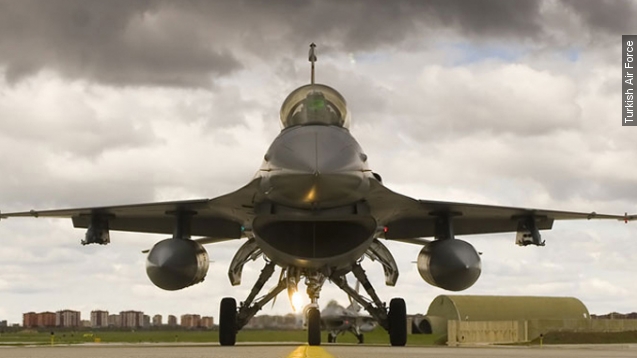 After largely sitting on the sidelines, Turkey is now joining the fight against ISIS. The country has conducted their first round of airstrikes against the terrorist group in Syria and arrested hundreds of terrorism suspects at home.

But ISIS isn’t Turkey’s only target. The country’s also taking the opportunity to strike out against an old adversary — the Kurdistan Worker’s Party or PKK. (Video via Claudio von Planta / CC BY NC ND 3.0)

A leftist Kurdish militant group, the PKK have been waging bloody conflict against the Turkish government for decades. It is still internationally classified as a terrorist group.

But the group has also been a frontline supporter of the Kurdish fight against ISIS, generating some sympathetic Western press for itself. It’s also formally been under a ceasefire with the Turkish government since 2013.

That truce appears to be over; Turkish airstrikes have targeted multiple PKK positions in Iraq, and PKK supporters were among those arrested in Turkey’s anti-terrorist raids.

"The ceasefire no longer has any significance. The Turkish administration has practically ended it," a PKK spokesman told the BBC.

Turkey’s moves against the group could ease domestic concerns that attacking ISIS would empower Kurds in the region. It could also boost Turkish President Recep Tayyip Erdogan’s approval rating among nationalist voters.

But the strikes could also trigger resentment and violent retaliation from Kurds, leaving Turkey fighting a two-pronged war against ISIS and the PKK.

This also further complicates the U.S.-led anti-ISIS coalition. The U.S. now has to figure out how to balance its strategic relationship with Turkey against its longtime support for Kurdish fighters in Iraq.