Turkey's Academics Are Now Banned From Leaving The Country 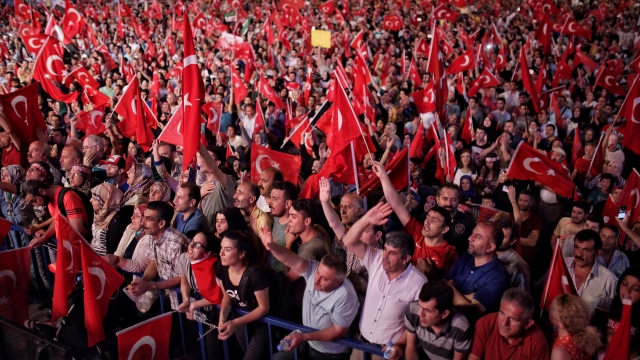 SMS
Turkey's Academics Are Now Banned From Leaving The Country
By Lindsey Pulse
By Lindsey Pulse
July 20, 2016
Turkey is cracking down on those in higher education after last week's failed coup attempt.
SHOW TRANSCRIPT

Turkey has temporarily banned all academics from leaving the country.

Some report the ban is for all travel while others say it's only for work-related travel.

The ban comes only a day after Turkish officials reportedly sacked more than 15,000 education workers and asked nearly 1,500 university deans to resign.

Government officials are attempting to "crack down" on professionals after the failed coup attempts in Ankara and Istanbul last week.

The travel ban is aimed at people they think have ties to Fethullah Gülen, whose followers Turkey officials say attempted to carry out the failed coup. Gülen, who's currently living in the United States in self-exile, has denied any connection with the attempt.

And educators aren't the only professionals the government has its eyes on: The Guardian reports more than 8,000 police officers have been fired and 6,000 soldiers have been arrested.

At least 232 people were killed during the failed coup attempt.

This video has clips from Haberturk TV and CNN and images from the Alliance for Shared Values on Developments and Getty Images. Music provided courtesy of APM Music.