Muslim Policewomen In Turkey Can Now Wear Their Hijabs On Duty 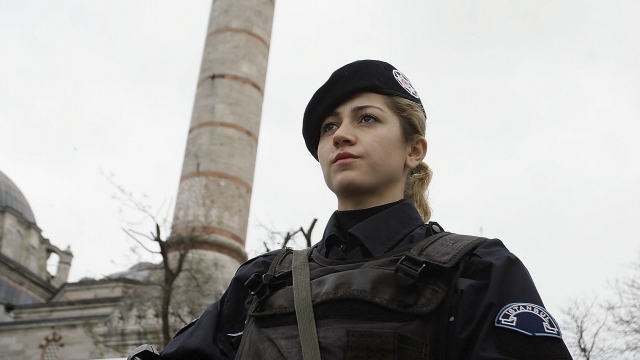 SMS
Muslim Policewomen In Turkey Can Now Wear Their Hijabs On Duty
By Matt Picht
By Matt Picht
August 27, 2016
The headscarf was previously banned because of the country's secular founding principles.
SHOW TRANSCRIPT

For the first time, women in Turkey's police force can opt to wear a hijab as part of their uniform.

The new uniform rules permit a head covering to be worn underneath the standard cap or beret, as long as it matches the color of the uniform and has no pattern.

SEE MORE: France's Highest Court Has Overturned At Least One Ban On Burqinis

Police forces around the world have been making similar accommodations for female Muslim officers — earlier this week, both Canada and Scotland updated their uniform standards to include hijabs.

But the move has a special significance in Turkey, where the hijab was traditionally portrayed as counter to the country's secular founding principles.

The garment has traditionally been banned in most public sector jobs, but in recent years Turkish women gained the right to wear the hijab in universities and some state institutions. Judges and soldiers still can't wear headscarves to work.