Turkey And Russia Weren't On Great Terms Before Downed Jet 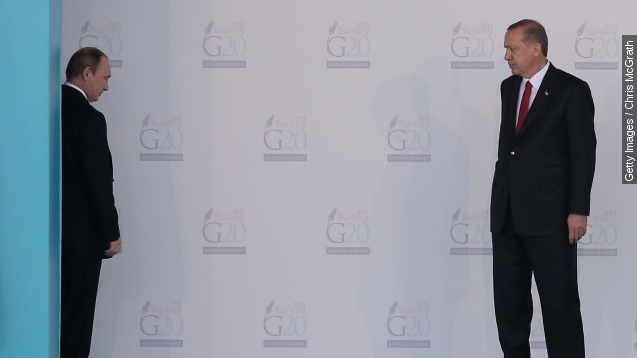 Even before Turkey shot down a Russian jet Tuesday, tension between the two countries had been building. (Video via Russian Ministry of Defense, CBS)

Before Russia got involved in the Syrian conflict, Turkey had supported ethnic Turkish militant groups in Syria and fought Bashar al-Assad. (Video via Channel 4)

Not just that, Turkey alleges Russia was attacking the ethnic Turkish groups it was supporting. (Video via Al Jazeera)

Then there's the issue of Turkey and the Kurds. Turkey has seen terrorist attacks from separatist Kurds for years and has even targeted Kurdish militants in Iraq. (Video via BBC, Press TV)

The U.S. has famously supported other Kurdish fighters in Iraq who have taken on ISIS in the country, but more recently, Russia has allegedly supported them, too. (Video via Vice)

The New York Times reported last month, Turkey had called upon Russia's ambassador to the country and was concerned that Russia was helping the Kurds.

So, while Turkey says it warned the Russian jet repeatedly before shooting it down, it wouldn't have taken much to bring tensions to a boil.