Trying To Get Out Of A Parking Ticket? There's A Robot For That 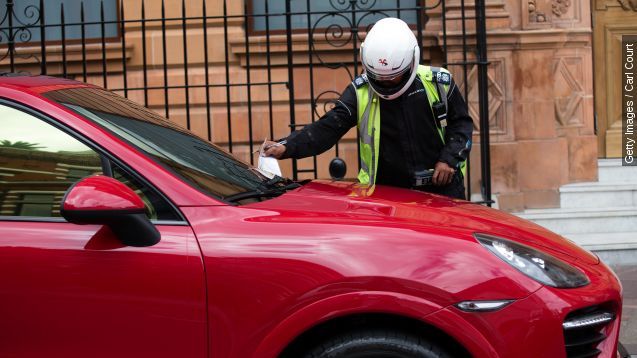 SMS
Trying To Get Out Of A Parking Ticket? There's A Robot For That
By Katie Link
By Katie Link
January 13, 2016
A British 19-year-old created an online robot that helps you avoid paying for a parking ticket.
SHOW TRANSCRIPT

The U.K. officially has its first robot lawyer. And it was created by a 19-year-old. Hear us out, folks.

It all started with Joshua Browder racking up lots of parking tickets and hating it. But his run-ins with the law ended up revealing a skill.

"As I began to appeal these tickets, I started winning my appeals and my family and friends began to notice, and soon I was writing appeals for almost everyone I knew," Browder told BBC.

So after writing appeals for family and friends, he created a website and opened up his advice to everyone.

Browder told Mashable: "I started by reviewing Freedom of Information Act documents submitted by other parking advocates. I picked the top-twelve most successful appeals and created an algorithm that accepts information from the user and inserts these details into an appeal."

About a month after launching the site, thousands of users were logging in — for free — to fill out details about their own tickets to get a customized appeal. But with thousands of emails crowding Browder's inbox, he couldn't do it all. Enter the robot.

It asks the user questions about a situation, assesses the feedback and generates an appeal letter. This new robot still gives advice on parking tickets but also handles payment protection insurance claims and delayed flights and trains, too.

Browder told The Telegraph: "DoNotPay Robot looks like Facebook Messenger or a text message conversation. However, instead of talking to a human, users are actually talking to a robot with human emotions powered by artificial intelligence."

OK, so we're not sold on that human emotions thing. And speaking of humans, should all those British lawyers in black robes across the pond be worried about their jobs?

There's been plenty of buzz that robots, or artificial intelligence, could soon find a place in the legal profession. But the speculation isn't limited to lawyers. Financial advisers, doctors and online marketers: be wary.

In the meantime, we're encouraging the development of a robot that prevents us from getting a parking ticket in the first place. Good luck, techies.

This video includes images from Getty Images and Ashley Coates / CC BY SA 2.0.