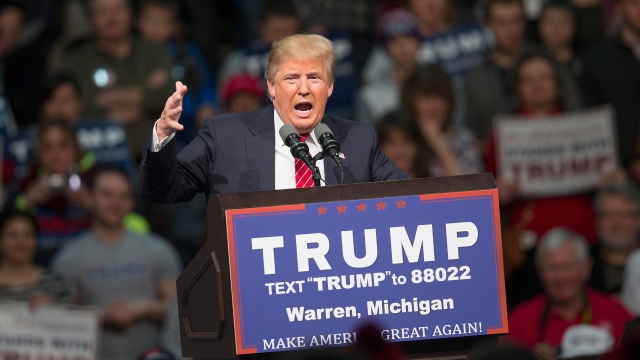 Despite millions of dollars spent on anti-Donald Trump ads, the billionaire has won the primaries in both Mississippi and Michigan.

Trump was leading heading into the states, but his win in Mississippi probably hurts Sen. Ted Cruz's candidacy the most. According to CNN exit polls, 84 percent of GOP voters in the state consider themselves conservative and 85 percent say they're evangelical. Cruz has been depending on both of those voting blocs, but Trump won with both groups.

Though Trump won Michigan by a big margin, Ohio Gov. John Kasich's strong showing is a big deal for him. Kasich spent a lot of resources in the state; his finish could help silence some of the establishment who want him to get out of Sen. Marco Rubio's way.

Both Rubio and Kasich are hoping to win in their home states of Florida and Ohio respectively to stop Trump from winning the nomination outright before the convention in July.

This video includes images from Getty Images and clips from Donald J. Trump for President, Inc, Fox News and CNN.