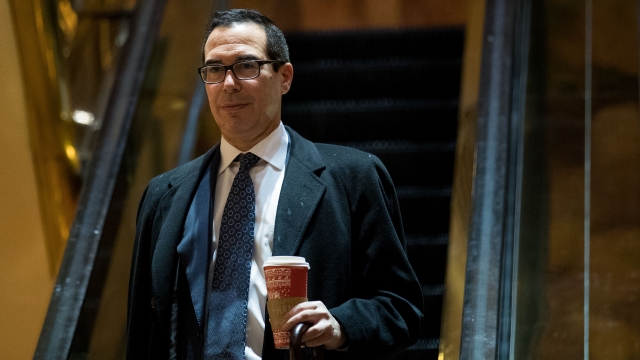 While the pick has been expected, it might come as a surprise to some of Trump's supporters who liked the president-elect's populist messaging and attacks on Hillary Clinton's ties to Wall Street.

Mnuchin will join the ranks of other Goldman Sachs executives who took the top post at the Department of the Treasury.

He has a cameo in the recently released Warren Beatty film "Rules Don't Apply," which he also produced.

Trump even sued Dune Capital in 2008, according to Bloomberg.

The Senate will need to confirm Mnuchin, and pointed questions about at least one of his ventures will likely come up.

Mnuchin was the co-founder, chairman and CEO of OneWest Bank, a mortgage lender that critics have called a "foreclosure machine." It has also faced allegations of discrimination.

Mnuchin also served as chairman of Relativity Media, but he stepped down shortly before it filed for bankruptcy, according to Variety.