Trump Was The Last Straw For George Will's GOP Membership 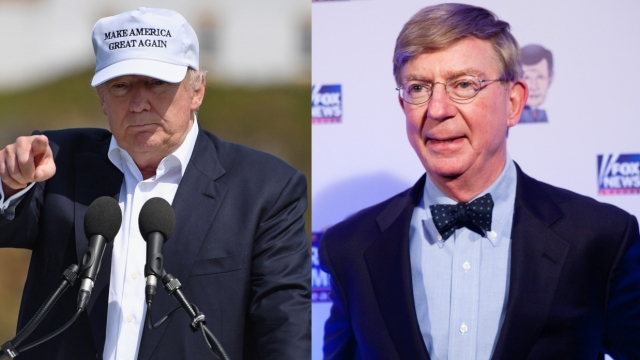 Conservative columnist George Will has had it with both Donald Trump and the GOP as a whole. At a luncheon Friday, Will said he's left the party and registered as "unaffiliated."

He says Republicans should do whatever they can to make sure Trump doesn't win in November, adding: "Make sure he loses. ... Grit their teeth for four years and win the White House."

Will's hatred for Trump is well-documented. He's been bashing Trump in his Washington Post columns throughout the campaign. And the feeling is definitely mutual.

"They have these guys like George Will, you fall asleep listening to this guy. If he didn't wear the little spectacles, he wouldn't even be bright," Trump said at a rally last year.

No one out there can doubt Will's conservative bona fides. He's a former editor of the National Review, and he even helped Ronald Reagan prepare for his debate against Jimmy Carter in 1980.

But Will's never been one to just toe the party line: He's spoken out about the George W. Bush administration and its policy in Iraq and attacked the 2008 Republican ticket over Sarah Palin's vice presidential credentials.

And Will might not have been too attached to his GOP membership card anyway. As far back as 2013, his policy approach has been closer to a Libertarian position than anything else.