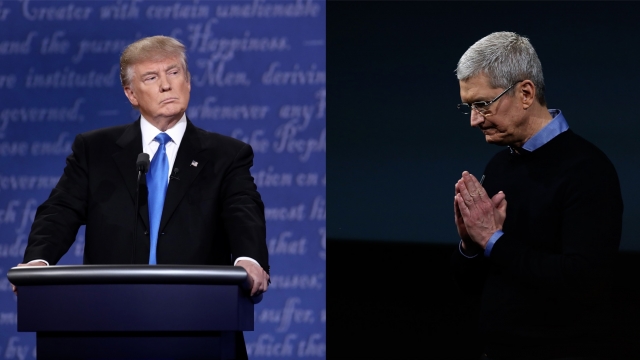 SMS
Bringing Back Manufacturing Jobs Might Be Harder Than Just A Tax Cut
By Ethan Weston
By Ethan Weston
November 23, 2016
Donald Trump wants to give a big tax cut to corporations to bring manufacturing back to the U.S., but it's probably not that simple.
SHOW TRANSCRIPT

But there are obstacles to bringing manufacturing jobs back to the U.S. that a tax cut — even a large one — might not be able to fix.

For one thing, U.S. labor is about 10 times more expensive than Chinese labor. A lot of the foreign countries the U.S. exports production to can make things for a lot less than America can.

A U.S.-made iPhone could cost as much as $90 more. That doesn't sound like much, but Apple is already seeing shrinking profit margins because of rising manufacturing costs.

Cook himself has said he thinks certain skills needed for manufacturing have left the U.S.

"It's not so much about price; it's about the skills, etcetera. Over time, there are skills that are associated with manufacturing that have left the U.S.," Cook told NBC's Brian Williams.

And then there's automation. American output of manufactured goods has actually doubled since the 1980s, but the number of employees has fallen by a third. Manufacturing jobs need fewer people with higher skill sets.

Trump might be able to bring some manufacturing back to America, but it's unlikely we'll ever see the number of jobs bounce back — companies just don't need or can't afford that many people now.