The Keystone Pipeline Is Back On The Table With Trump Presidency 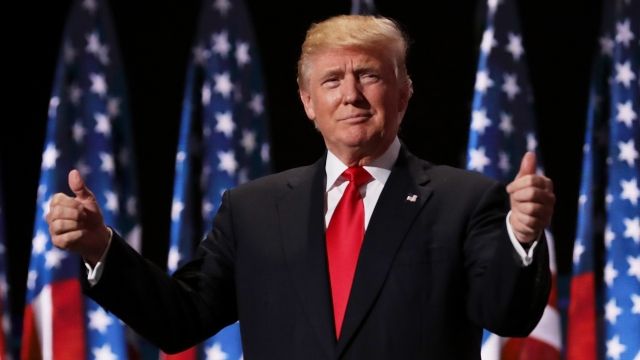 SMS
The Keystone Pipeline Is Back On The Table With Trump Presidency
By Kate Grumke
By Kate Grumke
November 10, 2016
Obama rejected the pipeline, but Trump has said he'll push the plan in his first 100 days.
SHOW TRANSCRIPT

Donald Trump wants to clear the way for the Keystone XL pipeline in his first days as president.

"The State Department has decided that the Keystone XL pipeline would not serve the national interest of the United States," Obama said. "I agree with that decision."

Keystone XL would run from Canadian oil sands to the U.S. Gulf Coast.

Environmentalists and ranchers opposed the pipeline over concern of oil spills and reliance on fossil fuels.

Republicans said it would create jobs, and Congress approved the plan.

The company behind the pipeline has already said, "We are evaluating ways to engage the new administration."

Trump says it's a priority in his first 100 days.

"I want the Keystone pipeline, but the people of the United States should be given a significant piece of the profits," Trump said.

Correction: Newsy wrote in its Nov. 10 newsletter that the Keystone XL Pipeline would be Donald Trump's top priority. It will only be one of his first agenda items.