Trump Teams Up With TMZ Creator For TV Special 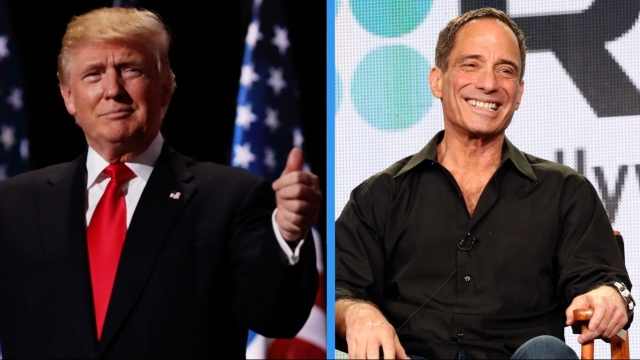 In another sign 2016 is a year unlike any other, President-elect Donald Trump has teamed up with TMZ creator Harvey Levin for a TV special.

Instead of stopping Trump at an airport like TMZ does with other celebrities and politicians, Levin got a tour of the president-elect's Trump Tower suite.

SEE MORE: Why The Press Is So Worried About Access To The Trump Administration

The special was taped in September and is called "OBJECTified: Donald Trump."

As the title hints, the special will feature objects Trump values as a way to tell his life story.

As Politico pointed out, this could be the launch of a new TMZ spinoff. Levin told the National Press Club five years ago he hoped to start a politically focused TMZ site.

"I want to do TMZ D.C. more than anything," Levin said at a National Press Club event in October 2011. "... I want to make TMZ D.C. a personality-based site. Not because it's going to be the most important material, but it's going to introduce people to politics on a level that they can relate to."

While TMZ announced at the end of 2011 it was about to "invade Washington, D.C.," a separate TMZ D.C. site still doesn't exist.