That Big WikiLeaks Release Is Coming — If You Believe This Tweet 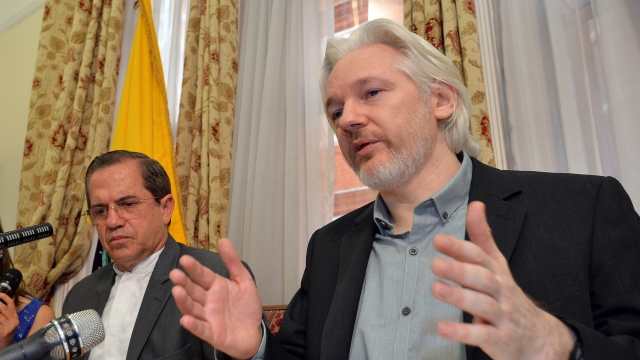 WikiLeaks is ready to shake up the presidential race this week — if a tweet is to be believed.

Stone is a longtime political consultant who was affiliated with the Trump campaign until August 2015.

This sort of prediction might not seem like it carries a ton of weight given the predictor. Stone has a bit of a habit of making inflammatory statements about Clinton on Twitter.

Even so, if you're going to make a prediction, this one makes some sense. WikiLeaks released a trove of records from the Democratic National Committee back in July.

That leak, which was timed to the Democratic National Convention, showed emails where DNC officials criticized candidate Bernie Sanders and appeared biased against him. DNC chair Debbie Wasserman-Schultz was ousted days before the convention as a result of the leak.

Plus, WikiLeaks founder Julian Assange has previously hinted upcoming releases — like in this interview from early September.

If WikiLeaks does end up releasing new documents, it's not clear how exactly it would affect the presidential race. It's not even clear if the release would involve information about Hillary Clinton or her campaign.

It doesn't look like there's any strong indication that now is the time for a leak. We'll find out Wednesday whether or not Stone's prediction is right.