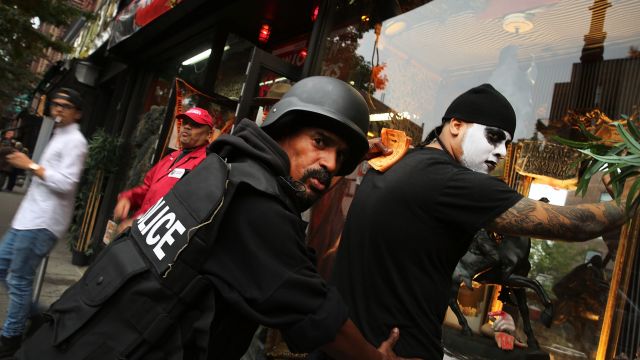 Trump is not the first person to say stop-and-frisk helped lower crime rates in the Big Apple, but NYC Mayor Bill de Blasio says Trump has his facts wrong.

"The history is that Bill Bratton came in in 1994 and instituted CompStat, which was a systematic, strategic approach to policing. That's what really started the change," de Blasio said on CNN.

A report from the New York Attorney General found that from 2009-2012, officers did over 2.4 million stops. Of those, about 150,000 resulted in arrests. And just under 72,000, or 3 percent, of stop-and-frisk incidents resulted in convictions.

The NYPD's use of stop-and-frisk was deemed unconstitutional in 2013 because officers often lacked reasonable suspicion. De Blasio notes that since the police department stopped overusing the practice, crime has gone down consistently.

In typical Trump style, the presidential candidate walked back his controversial statement the next day, saying he only wants to implement stop-and-frisk in Chicago.