Here's What Trump Is Saying About Immigration Post-Election 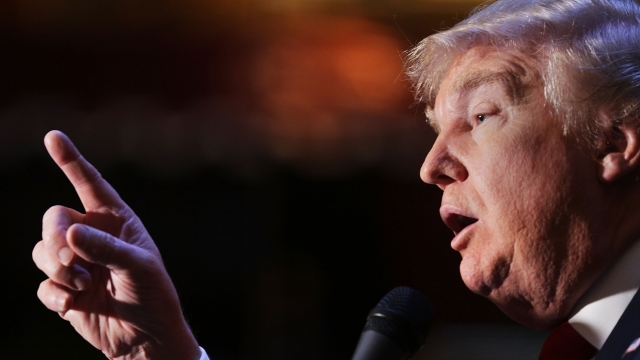 SMS
Here's What Trump Is Saying About Immigration Post-Election
By Lindsey Pulse
By Lindsey Pulse
November 13, 2016
The president-elect appeared on CBS' "60 Minutes" to talk about promises made throughout the campaign season.
SHOW TRANSCRIPT

"What we are going to do is get the people that are criminal and have criminal records, gang members, drug dealers ... probably 2 million, it could be even 3 million; we are getting them out of our country, or we are going to incarcerate," Trump said.

Trump gave his first major post-election interview to CBS' "60 Minutes." He was asked about some of his policy proposals and whether they've changed since he was elected.

For the most part, it appears they haven't. When asked whether he still wants to build a wall along the Mexican border, the president-elect said "yes" without much hesitation.

That response shouldn't come as much of a surprise, though. His comments just double down on his 10-point immigration plan, which includes building a border wall and making Mexico pay for it, as well as moving "criminal aliens out day one."

There's reason to doubt just how quickly a mass deportation would happen — or if it would happen at all. House Speaker Paul Ryan told CNN's "State of the Union" on Sunday that the first order of business is to "secure the border."

Ryan also denied any plans to create a force dedicated to deportations, which is something Trump promised early in his presidential bid but never included in his official immigration plan.