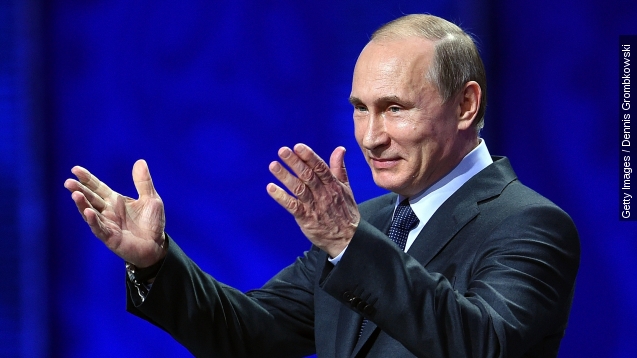 Donald Trump said he was honored by an endorsement from Russian President Vladimir Putin. But when he was asked about allegations that Putin had stifled and even killed members of the press, here's what he said.

"In all fairness to Putin, you're saying he killed people. I haven't seen that. I don't know that he has. Have you been able to prove that? Do you know the names of the reporters that he's killed?" Trump said in an interview from "This Week" on ABC.

While there's never been any direct proof that Putin has had anyone killed, some of his enemies have met untimely deaths.

Russian secret service agent turned journalist Alexander Litvinenko was poisoned by a radioactive isotope in London in 2006. Though the dosing proved fatal, Litvinenko was able to compose a final message where he blamed the Russian president for his death. (Video via The Guardian)

"You may succeed in silencing one man, but the howl of protest from around the world will reverberate, Mr. Putin, in your ears for the rest of your life,” Litvinenko's friend read.

The Telegraph later reported the NSA obtained communications that proved the Russian government authorized the killing. An international warrant was issued for the two men believed to be responsible.

Speaking against Putin can be dangerous for reporters and politicians alike. In February of 2015, opposition leader Boris Nemtsov was shot to death two weeks after he told a newspaper his mother feared Putin would have him killed for his criticism of the Russian president.

Friends of Nemtsov again blamed the Russian government for the assassination, an accusation which it denied. Putin even released a statement saying he'd personally find the person responsible. (Video via The Kremlin)

Russia can be a dangerous place for journalists. The Committee to Protect Journalists reports Russian journalists experience intimidation and censorship.

And CPJ found since 1992, 36 journalists have been murdered there. Thirty-two of those killings went unsolved.