Trump Says If He's Elected, Clinton Will 'Be In Jail' 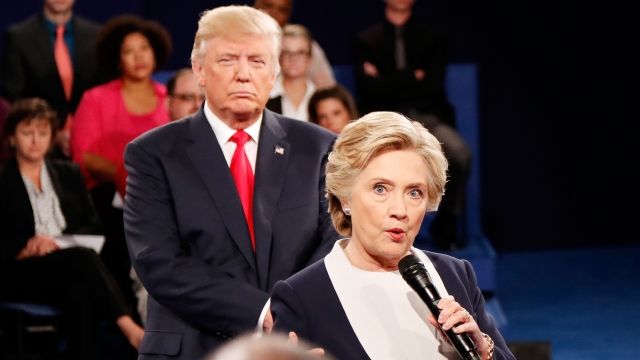 SMS
Trump Says If He's Elected, Clinton Will 'Be In Jail'
By Kate Grumke
By Kate Grumke
October 9, 2016
Donald Trump said he would have a special prosecutor look into her emails.
SHOW TRANSCRIPT

"It's just awfully good that someone with the temperament of Donald Trump is not in charge of the law in our country," Hillary Clinton said.

"Because you'd be in jail," Donald Trump said.

Trump said if he's elected, he'll put Clinton behind bars over her emails.

"I didn't think I'd say this, but I'm going to say it, and I hate to say it . But if I win, I'm going to instruct my attorney general to get a special prosecutor to look into your situation," Trump said.

"Everything he just said is absolutely false," Clinton said.