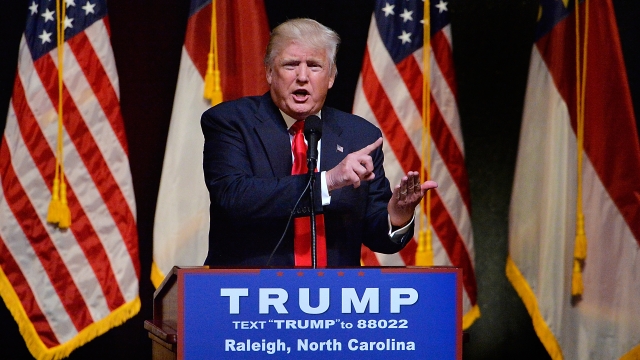 After FBI Director James Comey announced he would not recommend charges against Hillary Clinton over her use of a private email server at the state department, Donald Trump proposed an ... interesting theory about the decision.

"This was set up a long time ago, and he knew the FBI was going to do this," Trump said.

That "he" is President Obama. Trump is saying the president was involved in a setup over the email scandal.

Comey said during his speech that he had not discussed what he was going to say with any other department of the government before saying it.

SEE MORE: "Obama And Clinton Roast Trump For The First Time — Together"

Trump has a bit of a hobby of floating conspiracy theories, including that Ted Cruz's father was involved in the JFK assassination and that Obama was born in Kenya.

On Tuesday, he also brought up a meeting on a tarmac last week between Bill Clinton and U.S. Attorney General Loretta Lynch, suggesting Hillary Clinton was bribing Lynch for a ruling in her favor.