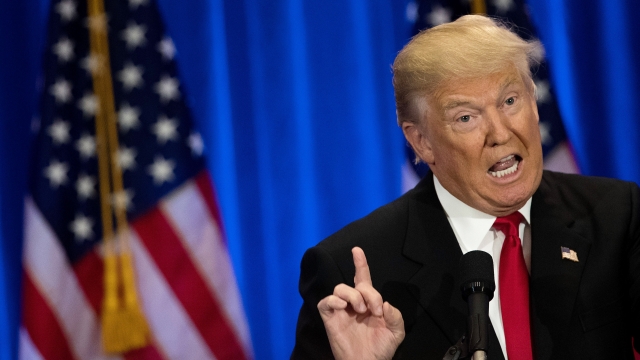 "An amendment pushed by Lyndon Johnson many years ago threatens religious institutions with a loss of their tax exempt status if they openly advocate their political views. Their voice has been taken away," Donald Trump said.

That statement during Donald Trump's speech at the Republican National Convention is under some scrutiny. Trump is only partially right.

SEE MORE: Trump And Clinton Probably Want You To Ignore This Fact-Checker

Churches and religious organizations are not allowed to directly or indirectly participate in any political campaign. That law applies to all nonprofits, not just religious institutions.

That was part of a change Lyndon Johnson pushed for when he was a senator.

Essentially, any nonprofit can lose its tax exempt status if it contributes to a political campaign or makes public statements in favor of or against any political candidate — and that includes churches.

But Trump's interpretation of the law is misleading. Churches and religious organizations are allowed to lobby for or against political legislation, as long as that lobbying is an "insubstantial" part of the organization's overall activities. For example, look at the Catholic Church and its lobbying against abortion and gay marriage.

And churches are allowed to contribute to political campaigns and spend money to support or oppose a candidate, but that money must come from a separate 501(c)(4). The difference is contributions or donations into that 501(c)(4) aren't tax deductible.