So Does Trump's Tax Maneuvering Make Him A Genius Or Irresponsible? 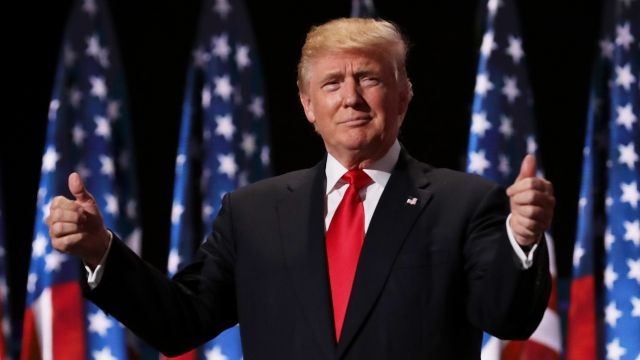 SMS
So Does Trump's Tax Maneuvering Make Him A Genius Or Irresponsible?
By Carter Woodiel
By Carter Woodiel
October 2, 2016
Chris Christie and Rudy Giuliani think it's great. Bernie Sanders and Hillary Clinton, not so much.
SHOW TRANSCRIPT

"The man's a genius; he knows how to operate the tax code for the benefit of the people he served," Rudy Giuliani said of Donald Trump on CNN.

On Saturday night, The New York Times released what's being called a bombshell report about Trump's 1995 tax return. As you might expect, folks are pretty divided about it.

"Yeah, well, if everyone was a genius we wouldn't — like Mr. Trump is — and not pay any taxes, we wouldn't have a country," former presidential candidate Bernie Sanders said on ABC.

This week's Sunday talk shows were full of opinions on the report, including one from New Jersey Gov. Chris Christie, who said he thinks the release will boost Trump's campaign.

"Even their own tax expert, after a big splashy headline, said there was nothing in there that was outside the law or outside the ordinary," Christie said. "This is actually a very, very good story for Donald Trump."

The Clinton campaign was a bit less complimentary. In a statement, it said the report shows "the colossal nature of Donald Trump's past business failures."

Essentially, the two sides disagree on the ethics of Trump's reported maneuvers. Either Trump was exercising his legal right to pay less in taxes, or he was exploiting loopholes.

As for what Trump thinks, his campaign released a statement claiming Trump isn't obligated to pay any more in taxes than he needs to. It also condemned the Times for releasing the documents in the first place.

In the end, this all seems to boil down to what you think of Trump to begin with; and for many people, a tax leak isn't going to change that.

"His supporters, they're not gonna get dislodged by this. They know he's a flawed vehicle, but that's the vessel they've latched themselves onto to send their message to Washington," NBC's Chuck Todd said.