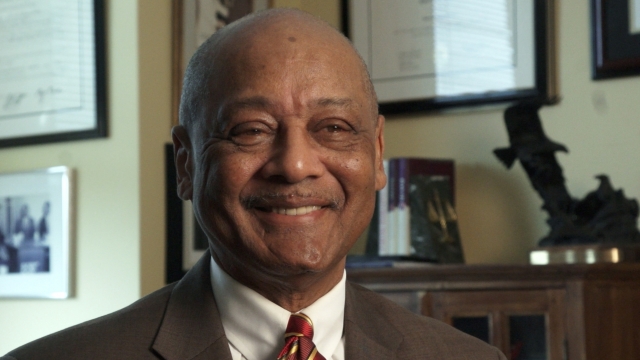 President-elect Donald Trump has started making his Cabinet appointments, and critics are concerned with his picks, who they say are hardline conservatives.

U.S. Sen. Jeff Sessions, who Trump tapped to take over as attorney general, has come out against marijuana legalization and supports harsh mandatory minimum sentences for drug offenses.

Lt. Gen. Michael Flynn, who is Trump's pick for national security adviser, is a registered Democrat, but his stance on Islam and terrorism falls in line with conservative ideologies.

But the latest candidate being considered for the Trump administration has a history of working with Democrats.

Robert Woodson confirmed to The Washington Post he's meeting with Trump's transition team about possibly taking over as secretary of housing and urban development.

Woodson, a supporter of free-market strategies, worked for the National Urban League before founding the Center for Neighborhood Enterprise, which aims to help low-income areas. He also serves as an adviser to Speaker of the House Paul Ryan.

If Woodson gets the nod, it would address another issue Donald Trump's critics have had. Trump promised to be a president for all Americans, but all of his Cabinet picks so far have been white men.

Now Woodson, who's black, could bring some diversity to the administration Trump has started assembling.