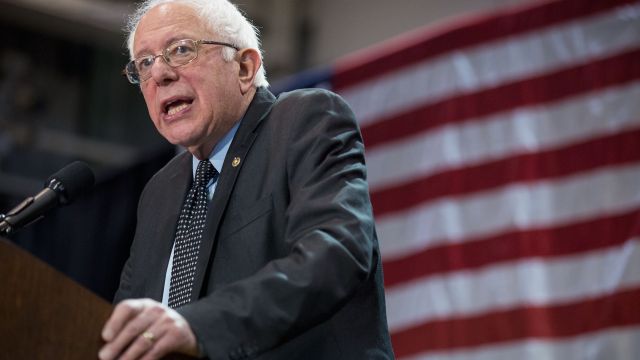 "Listen, Bernie's got to get saved. He's got to meet Jesus. I don't know, he's got to have a coming-to-Jesus meeting," Pastor Mark Burns said at a Donald Trump event.

The pastor opened for Trump at an event in North Carolina.

Sanders is Jewish but says he doesn't participate in organized religion.

Here's Sanders at the CNN Democratic debate about a week earlier:

"I am very proud of being Jewish, and that is an essential part of who I am as a human being," he said.

"And by the way, our pastor who was just up here was so incredible. He was at one of the meetings. He was so great. He did a good job," Trump said at his event.

This video includes an image from Getty Images and music from Frenic / CC BY 3.0.