Here's Why Muslims Might Be Wary Of Trump's National Security Adviser 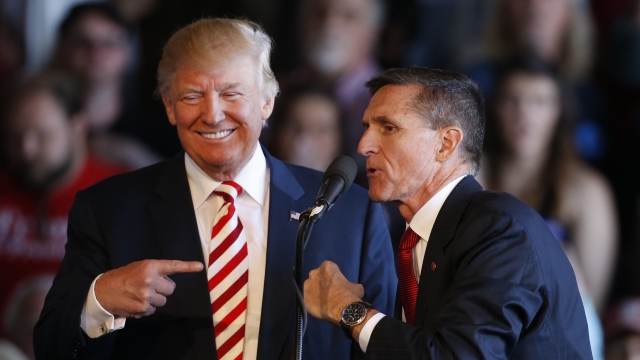 Here's a look at what Donald Trump's national security adviser has said about Islam.

"I don't see Islam as a religion," retired Lt. Gen. Michael Flynn said at an event in San Antonio, Texas.

Flynn's critics claim he's Islamophobic. And some of the stuff he's tweeted hasn't really helped his case. Although Flynn has  clarified some of his comments.

"To clarify for our viewers, you're not afraid of Muslims?" Al Jazeera's Mehdi Hasan asked Flynn in a May 2016 interview.

"No, no. Otherwise you and I'd be wrestling right now," Flynn said.

Flynn also told Politico in an October interview that the extremist sects of Islam are a cancer, specifically — not the entire religion.