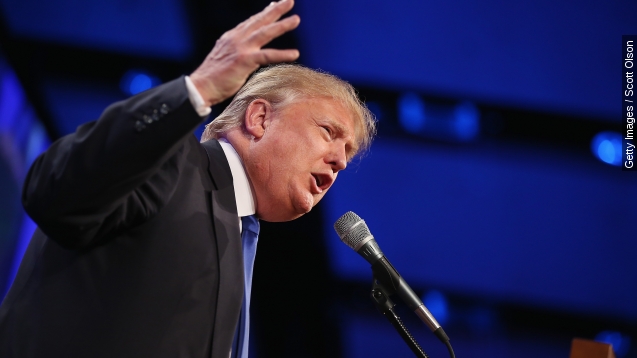 Univision has already dropped the Miss USA pageant over comments Donald Trump made about Mexican immigrants and now NBC is facing pressure to distance itself from Trump.

The Miss Universe Organization, which organizes the Miss USA, Miss Teen USA and Miss Universe pageants, is a joint venture between Trump and NBCUniversal.

Trump is being criticized for comments he made during his speech announcing he is running for president on June 16.

Univision, a Spanish-language network that is aimed at Hispanic Americans, very publicly dropped the event from their programming and called Trumps remarks "insulting."

And now NBC must decide how its going to react to Trump's comments.

CNN reports that the network is reviewing its contract to see what options it has. However, NBC is also in a much more awkward spot than Univision if it wants to distance itself from Trump since the Miss Universe Organization is a jointly owned by NBCUniversal and Trump.

The network was quick to issue a statement after Univision's announcement saying "Donald Trump’s opinions do not represent those of NBC, and we do not agree with his positions on a number of issues, including his recent comments on immigration," but announced no plans to drop the event.

If it does, it runs the risk of a lawsuit like the one Trump has threatened Univision with. He is accusing the company of defaulting on what he told Politico was an "iron-clad" agreement. (Video via Donald Trump)

Univision and NBC have both signed five-year, $13.5 million contracts to air the pageant, which is still scheduled to run July 12 on NBC.