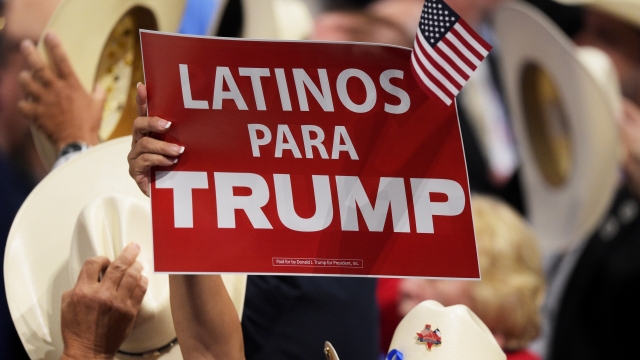 "Anyone who has entered the United States illegally is subject to deportation — that is what it means to have laws and to have a country," Donald Trump said in a speech in Arizona.

Trump's illegal immigration speech on Wednesday has been getting rave reviews from his base, but it's not really playing well with Hispanics — specifically, members of Trump's newly formed Hispanic advisory council.

Many of them have denounced the nominee's hard-line immigration speech, and at least two members of the council have resigned. Jacob Monty, a Mexican-American supporter who wrote a column to draw in Hispanic voters, said Thursday, "We were out there defending him. And then to be just lied to like that — it doesn't feel good. It's not okay." One council member told Politico the group was essentially a "scam."

It seems many of Trump's former Hispanic backers really thought he may have been pivoting to a softer immigration rhetoric after Trump spent more than a week contradicting his earlier stance.

But Trump's speech made one thing clear: He's not changing from being an illegal immigration hardliner. Probably ever.

That stance is hemorrhaging support from the fastest-growing voting bloc in the U.S. And that could have consequences, not just for Trump, but for the GOP for generations to come.

According to Pew, the percentage of eligible Hispanic voters is projected to be 40 percent higher during this election than it was just eight years ago. And this number isn't slowing down any time soon. Immigration isn't the top issue for Hispanics, but Trump's harsh rhetoric does matter.

And the GOP knows this. Between Mitt Romney's loss in 2012 and Trump's ascendance as the standard-bearer, it was working to trying to grab the Hispanic vote. The party was working on a path to legalization and immigration reform before Trump, writing in an after-action report: "If Hispanics think we do not want them here, they will close their ears to our policies."