Everyone Wants To Know Trump's Pick For Chief Of Staff 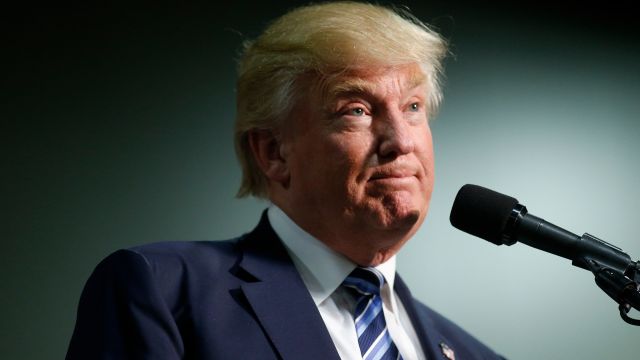 SMS
Everyone Wants To Know Trump's Pick For Chief Of Staff
By Ryan Biek
By Ryan Biek
November 13, 2016
Reports so far have pointed to two main contenders for the job.
SHOW TRANSCRIPT

When reporters asked Kellyanne Conway, Donald Trump's campaign manager, when the president-elect would be selecting a chief of staff, all she would say on Saturday was, "It's imminent."

Which makes a lot of sense. When President Barack Obama was first elected in 2008, he announced his chief of staff a couple days after the election. When George W. Bush first won in 2000, he took about two weeks to give his pick.

But who Trump picks is more important than when the choice is made, and many are watching to see if Republican National Committee Chairman Reince Priebus gets the job.

Remember that many top Republicans in Congress publicly opposed Trump during his campaign. Priebus, however, worked hard to unite the party around its candidate.

By picking the leader of the party as his right-hand man, Trump could ease the party's concerns with someone he trusts.

House Speaker Paul Ryan and Senate Majority Leader Mitch McConnell — neither of whom gave Trump tremendous support during his campaign — are both reportedly pushing him to pick Priebus.

The downside is that as the leader of the Republican Party, Priebus is almost the definition of "establishment" — the very thing Trump said he was going to turn upside down during his campaign. Picking Priebus could alienate a large number of Trump's supporters.

Many outlets have also suggested Breitbart CEO Steve Bannon is someone Trump is considering.

Bannon has been called a confidante of Trump's, and his news site was often labeled far from neutral in its reporting during the election season.

We should also note that Conway said she's been offered a job with Trump's presidency but wouldn't give details on her new role.