The Legal Status Of Donald Trump's Charity Is Questionable 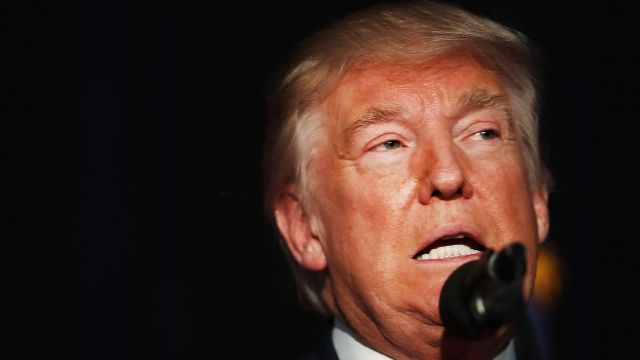 SMS
The Legal Status Of Donald Trump's Charity Is Questionable
By Lindsey Pulse
By Lindsey Pulse
September 30, 2016
The Trump Foundation never obtained the proper registration in New York, where the charity is based.
SHOW TRANSCRIPT

Donald Trump's charity foundation might not be playing by the rules. The organization reportedly never got the right certification to solicit money from the public.

Under New York law, charities that solicit more than $25,000 per year from the public have to complete a special registration. Among other things, it requires charities to undergo annual audits.

If that's true, it might mean the organization is operating illegally — we know it raises more than $25,000 per year, but we don't know how much of that was solicited.

Of course, Trump's political opponent has also been criticized over her foundation's dealings. The Clinton Foundation has been accused of accepting donations that present conflicts of interest, including some from foreign governments. And it hasn't always disclosed all of its donors like it promised to do.

And the Clinton Foundation has returned the favor. In mid-September, it released a statement calling Trump "a fraud."

It reads, "Clearly the Trump Foundation is as much a charitable organization as Trump University is an institute of higher education."

The New York attorney general's office is already investigating the Trump Foundation, but it wouldn't tell The Post whether it's looking into the registration issue. New York Attorney General Eric Schneiderman has endorsed Hillary Clinton for president.