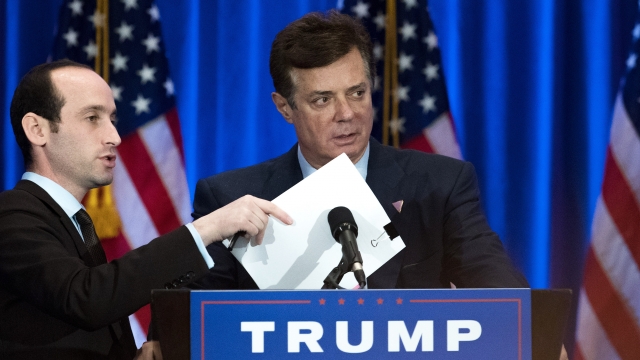 It's been all doom and gloom around Donald Trump's campaign lately, but campaign chairman Paul Manafort says the Trump camp will be making some changes to help turn things around.

On Sunday's "Meet the Press," Manafort said team Trump is getting itself organized. The campaign is switching its focus from the Republican primary to the general election, he said, and it's bringing in some fresh faces to help.

"We are fully now integrated with the Republican National Committee. This week, we'll be making some major announcements of people who are taking over in major positions in our national campaign as well as in our state campaigns," Manafort said on "Meet the Press."

The announcement comes days after ex-campaign manager Corey Lewandowski was fired, leaving Manafort in charge. The two reportedly butt heads while working together, so the new personnel could allow Manafort to organize the campaign however he sees fit.

Trump's campaign could certainly use all the organization it can get. His presumed opponent Hillary Clinton raised $19 million in campaign donations in May compared to Trump's paltry $3 million.

That only furthers Clinton's financial lead. Her campaign had more than $42 million at the end of May while Trump's campaign had just over $1 million.

Those numbers have put Trump well behind in some keys areas. Clinton and her supporters already spent more than $100 million on political ads leading up to the election. Trump supporters spent less than $1 million.

Most importantly, Clinton leads Trump in most major polls, so Manafort's new personnel could be a much-needed shake-up.

This video includes images from Getty Images and clips from CNN, NBC, Hillary for America and Donald J. Trump for President Inc.