Here's Where Clinton And Trump Fall On Climate Change 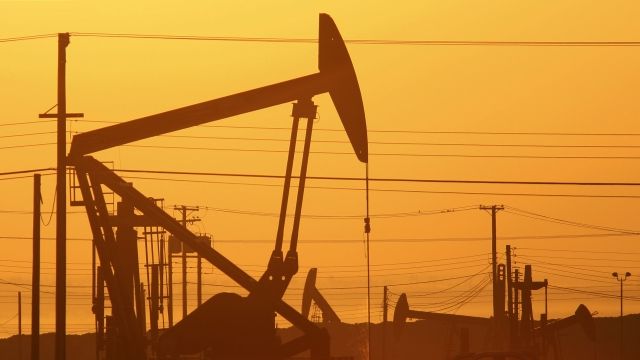 The three U.S. presidential debates covered a lot of topics.

But climate change wasn't one of them. And that didn't sit well with a lot of people.

Americans are divided over the causes and solutions for climate change, and that division falls heavily along party lines — extending all the way to both major presidential candidates.

Donald Trump has made several controversial comments about climate change in the past. While he hasn't directly laid out any climate change policies, he has partially addressed it in his energy plan.

That plan includes conserving natural habitats and resources and protecting clean air and water. But it also encourages the use of natural gas and accessing shale, oil and coal resources to bring "vast new wealth" to the U.S.

Hillary Clinton has laid out a plan that directly addresses climate change. She says it would be completed within 10 years of taking office. That plan includes investing in clean energy initiatives, cutting methane emissions and making environmental justice a central priority.

Clinton's plans would continue the efforts already made by President Obama. She says she will reduce greenhouse gas emissions by up to 30 percent in 2025 and plans to cut emissions 80 percent by 2050.

But Clinton has also drawn criticism from environmentalists for her support of fracking and her proposal to use natural gas reservoirs until cleaner energy solutions are in place.

SEE MORE: Americans Are More Divided Than Ever On Climate Change

Some have speculated that the debate moderators didn't delve into the climate change issue because of the steep partisan divide.

But the reluctance to talk about it could be a major problem for the future. Scientists say if climate change isn't addressed soon, we could reach a point where any effort to combat it is too little, too late.

CO2 levels surpassed 400 parts per million in September. That's 50 times more than what scientists consider "safe." The last time Earth consistently saw levels this high was millions of years ago.