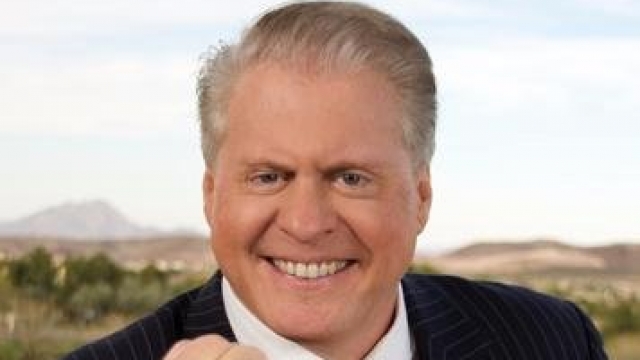 "It's Hillary in a White Ford Bronco. She's got Huma driving, and they're headed for the Mexican border. I have a name for the future TV movie. It's called 'Driving Miss Hillary.' And the ending, if we all get our wish, is like 'Thelma & Louise,'" Wayne Allyn Root said during a Donald Trump rally in Las Vegas.

You heard that right. One of the speakers at Donald Trump's Las Vegas rally kicked off the event Sunday morning by seemingly fantasizing about Hillary Clinton's death.

While he was warming up the crowd for Trump's appearance, conservative commentator Wayne Allyn Root described a fictional made-for-TV movie in which Clinton and aide Huma Abedin die in a car crash.

Root made references to the O.J. Simpson trial and several films while describing the scenario, including "Thelma & Louise." The 1991 movie ends with the two main characters driving off a cliff to their fiery deaths.

We've heard other references to violence against Clinton from Trump's camp in recent weeks.

"If she gets to pick her judges, nothing you can do, folks. Although the Second Amendment people — maybe there is, I don't know," Donald Trump said at an event in North Carolina.

"Hillary Clinton should be put in the firing line and shot for treason," Trump adviser Al Baldasaro said on "The Kuhner Report."

Root responded to the backlash he received for his speech with a Twitter post Sunday afternoon, calling it "pure fraud by media — as usual." Trump himself has yet to comment.