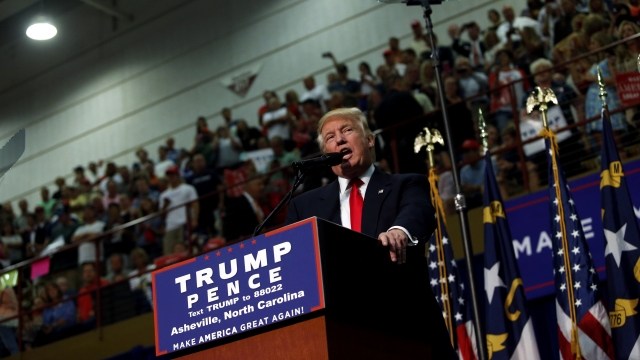 "We can provide six weeks of paid maternity leave to any mother with a newborn child whose employer does not provide the benefit," Trump said during a speech in Pennsylvania.

But it's important to note Trump's paid leave proposal is only for new mothers. It would not extend to fathers or employees needing to care for a sick family member.

The only recent Republican family leave proposal is the Family Friendly and Workplace Flexibility Act, which would have allowed employees to bank up to four weeks paid leave instead of getting paid overtime. But it was introduced in March 2015, and it's gone nowhere

And even though Ivanka Trump touted it in her convention speech, there is nothing in the 2016 Republican Party Platform about maternity leave, paid family leave or child care expenses.

"As president, my father will change the labor laws that were put in place at a time when women were not a significant portion of the workforce, and he will focus on making quality childcare affordable and accessible for all," Ivanka Trump said during her speech at the Republican National Convention.

SEE MORE: Child Care Can Cost More Per Year Than College In 33 States

The United States is the only developed nation that doesn't guarantee paid maternity leave, and for almost two years, the Department of Labor has been advocating it.

But as with any policy proposal, many ask who's going to pay for it. Trump says he'd pay for his proposal by fixing fraud and improper payments from the federal unemployment insurance program.

Hillary Clinton says she'd pay for her proposed 12 weeks of guaranteed family and medical leave with tax reforms on the wealthiest Americans.