Kellyanne Conway: Counselor To The President 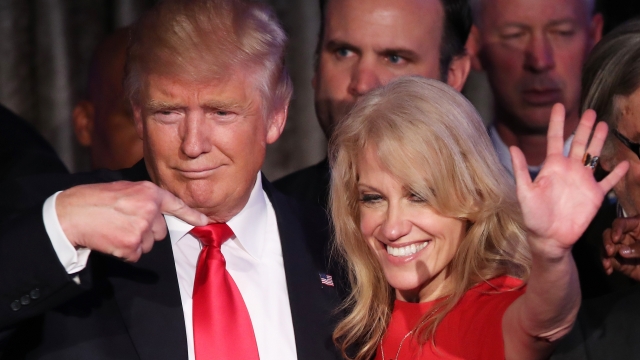 Kellyanne Conway is heading to the White House.

President-elect Donald Trump has picked his former campaign manager to be his counselor to the president.

Trump announced the decision Thursday, calling Conway "a trusted adviser and strategist who played a crucial role" in his victory.

According to Trump's transition team, in her new role, Conway will advise Trump and help coordinate his administration's messaging.

Conway had been hesitant about taking a job in the West Wing because of the toll it might take on her family.

But she said in a statement Thursday she is "humbled and honored to play a role" in Trump's administration.