Trump On Considering Cruz For SCOTUS: 'I'd Have To Think About It' 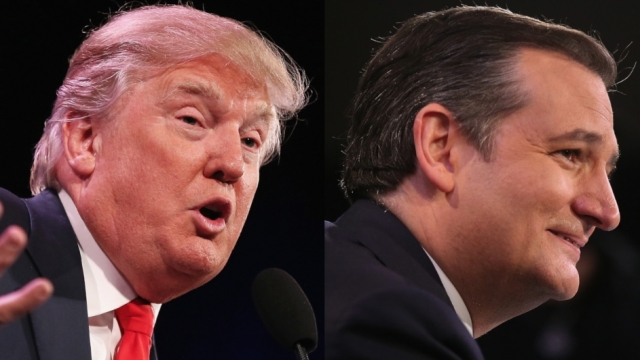 SMS
Trump On Considering Cruz For SCOTUS: 'I'd Have To Think About It'
By Briana Koeneman
By Briana Koeneman
May 3, 2016
Donald Trump says he believes Ted Cruz has a "temperament issue" that could prevent him from being a good justice.
SHOW TRANSCRIPT

Donald Trump says he isn't sure if he would consider Ted Cruz for a spot on the Supreme Court, should Trump become the next president.

Cruz, who was once a Texas solicitor general, has been mentioned as a potential replacement for the late Justice Antonin Scalia if he doesn't manage to win the presidential nomination.

But Trump says he believes Cruz has a "temperament issue" that could prevent him from being a good justice. And he apparently has some other contenders in mind.

Trump told The Washington Post he will reveal a list of 10 to 12 judges from which he'd choose to fill open spots on the Supreme Court.

Cruz has yet to respond to Trump's Daily Mail interview. But back in February, he told CBS' "Face the Nation" he's not interested in being Scalia's replacement.