Trump Wants A 'Cordial And Productive' Relationship With The Media 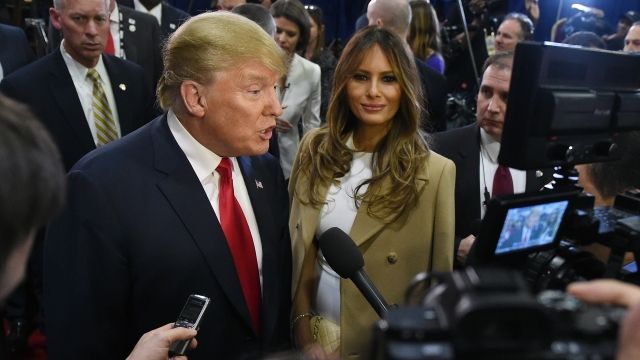 SMS
Trump Wants A 'Cordial And Productive' Relationship With The Media
By Briana Koeneman
By Briana Koeneman
November 22, 2016
Donald Trump had a few choice words for top executives and anchors from several major TV news networks. But it seems he also wanted to make peace.
SHOW TRANSCRIPT

Donald Trump met with top executives and anchors from several major TV news networks Monday. This type of meeting isn't uncommon, but apparently there were some fireworks.

According to multiple people who attended the off-the-record gathering at Trump Tower in New York, the president-elect used the opportunity to call out the networks' "unfair" and "dishonest" coverage of him.

SEE MORE: Will The Trumps Live In The White House?

He was reportedly the most critical of CNN and NBC, which he was quoted as calling "the worst." Sources claim he accused NBC of using an unflattering photo of him in their coverage, among other complaints.

But while many focused solely on the grievances Trump aired about the media, several attendees said the meeting was actually pretty productive.

One participant told Politico that Trump said he wants to reframe his relationship with the media into one that's "cordial and productive," and all he wants is "fairness" in any news coverage of him.

Another attendee in the room told CNNMoney he also answered questions from the group and "committed to making improvements."

Trump has had a tumultuous relationship with the media, especially during his presidential campaign.

"They are the lowest form of humanity," he said during a rally.

It's still unclear if Trump will give the media the same level of access that past presidents have once he takes office. He has yet to hold an official press conference since being elected.