Trump Knocks Rubio Out Of The Race With Florida Win 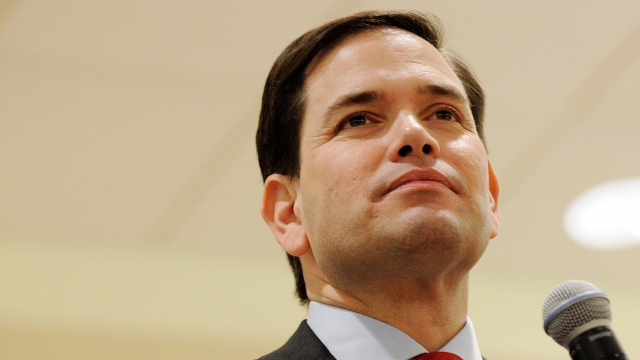 SMS
Trump Knocks Rubio Out Of The Race With Florida Win
By Eugene Daniels
By Eugene Daniels
March 15, 2016
Marco Rubio couldn't gain traction in the 2016 race, and after losing Florida, he had no clear path to the GOP nomination.
SHOW TRANSCRIPT

Florida Sen. Marco Rubio has dropped out of the race for the GOP presidential nomination.

Rubio was once dubbed the "savior" of the GOP, but he wasn't really able to gain any traction in the 2016 race. After losing his home state to Donald Trump on Tuesday, he has no real path to the nomination.

Rubio was really banking on getting the nomination and isn't running for re-election for his Senate seat, leaving his political future up in the air.

This video includes images from Getty Images and a clip from Marco Rubio for President.