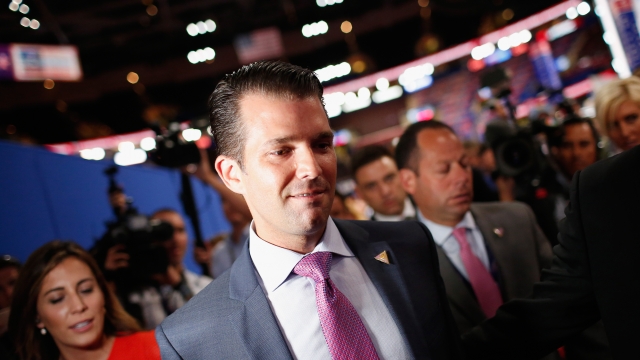 "The media has been her number one surrogate in this. Without the media, this wouldn't even be a contest, but the media has built her up. They've let her slide on every indiscrepancy, (sic) on every lie. ... If Republicans were doing that, they'd be warming up the gas chamber right now," Donald Trump Jr. said during a radio interview on Talk Radio 1210 WPHT.

That was Donald Trump Jr. during a radio interview, and many media outlets jumped on the "gas chamber" part of his comment. But what about that first part?

"The media has been her number one surrogate in this. Without the media, this wouldn't even be a contest," Trump Jr. said.

One could argue the exact opposite. In March, The New York Times reported that Donald Trump had received almost $2 billion worth of free media coverage.

By comparison, The Times estimated Hillary Clinton received about $746 million in free coverage.

Those estimates are from six months ago, long before the primaries were over. Granted, not all the coverage was positive, but that regular publicity seemed to help Trump Sr. cruise through the Republican primary.

"But I sure do get frustrated with the way this campaign is covered. ... And Donald Trump says stuff every day that used to be considered as disqualifying for being president. And yet, because he says it over and over again, the press just gives up," Obama said while campaigning for Clinton.

So Trump Jr.'s claim that the media is Clinton's surrogate — we can probably call baloney on that one.