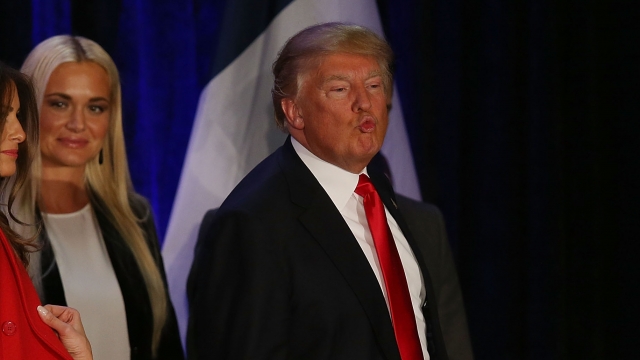 "The only thing I wasn't No. 1 on: personality. Can you believe it? They said I'm not a nice person," Donald Trump said at a recent Iowa rally.

And Donald Trump is right. Despite leading the Republican pack, people don't really seem to actually like him. Bear with us, we'll explain. (Video via CNN)

According to The Huffington Post's aggregate favorable rating, a little more than 55 percent view him negatively. That's the highest of any candidate in the entire presidential election so far.

And according to Gallup, Trump also edges out every major-party presidential candidate since 1992 as the most disliked candidate.

But has that really translated to anything? The answer looks like a resounding "no." Even when you throw in Trump's latest loss in Iowa, he still managed to pull in more than 24 percent of the vote from Republicans. (Video via CNN)

Take Hillary Clinton's numbers. Her unfavorable aggregate is at 52.5 percent, not too far from Trump's. And yet, nationally she's currently pulling in 51.6 percent in the fight for the Democratic nomination. (Video via NBC)