Trump Called Out Clinton's Looks And Stamina; She Fired Back With This 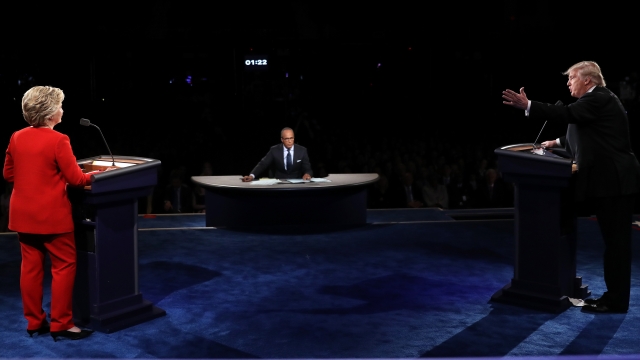 SMS
Trump Called Out Clinton's Looks And Stamina; She Fired Back With This
By Jake Godin
By Jake Godin
September 26, 2016
In June, Donald Trump tweeted that he didn't think Hillary Clinton looked presidential. The comment sparked a fiery exchange at the first debate.
SHOW TRANSCRIPT

At the first presidential debate, Hillary Clinton and Donald Trump went back and forth on her "presidential look."

"As soon as he travels to 112 countries and negotiates a peace deal, a cease-fire, a release of dissidents, an opening of new opportunities in nations around the world, or even spends 11 hours testifying in front of a congressional committee, he can talk to me about stamina," Clinton said.