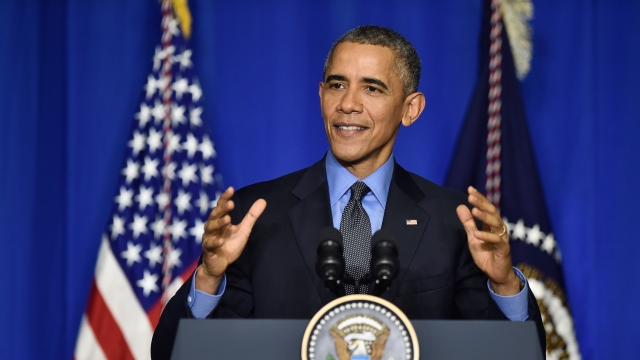 President Obama and his administration are trying to keep the U.S. moving forward on the issue of climate change, despite what President-elect Donald Trump has promised to do while in office.

But with Trump winning the election, it seems unlikely that the plan will be around for much longer. He's consistently gone against the overwhelming scientific consensus that climate change is real and needs to be addressed.

The president-elect promised to withdraw from the Paris Climate Agreement. He's also referred to climate change as a hoax created by China, something China's government recently pushed back on.

While at a climate change conference in Morocco, Secretary of State John Kerry tried to calm fears that Trump would turn back the clock on environmental agreements.

"No one should doubt the overwhelming majority of the citizens of the United States who know climate change is happening and who are determined to keep our commitments that were made in Paris," Kerry said.