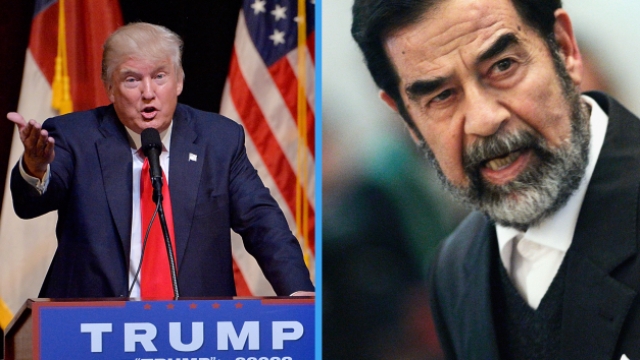 "He was a bad guy — really bad guy. But you know what he did well? He killed terrorists," Trump said.

At at North Carolina rally Tuesday, Trump also dubbed Iraq the "Harvard for terrorism," due in part to the U.S.' invasion of Iraq over a decade ago.

"He was one of the 20th century's most evil people. He was up there. And he committed mass genocide," Ryan said.

But Trump's views on Saddam — and other dictators removed from power — have hardly changed during his campaign.

"What about the human rights abuses?" CNN's Jake Tapper asked.

"Right now, they're far worse than they ever were under Saddam Hussein or Gadhafi," Trump said.

This video includes clips from CNN, Fox News and U.S. Department of Defense, and images from Getty Images.